Update 2015/03/06: The following has been recognized as “unpublished BUG 17045279 – ASM_PREFERRED_READ DOES NOT WORK WITH FLEX ASM”, which is planned to be fixed in the next upcoming release.

Update 2017/05/20: As of 12.2, preferred reads are site-aware (extract of  Markus Michalewicz presentation available here) so that the issue described into this blog post has been addressed. 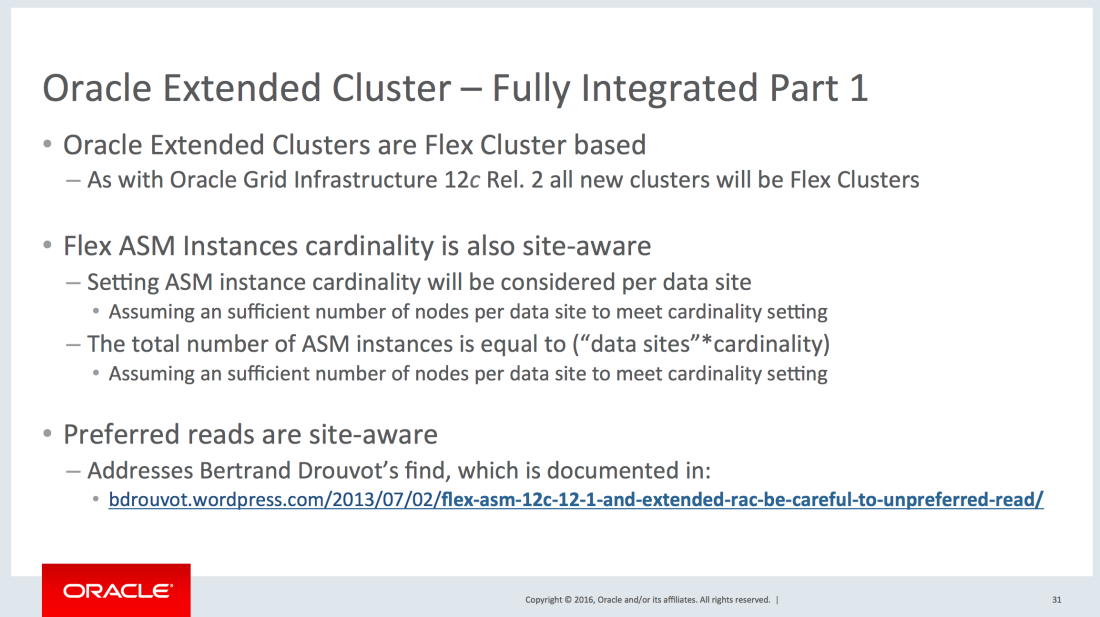 As you know Oracle 11g introduced a new feature called “Asm Preferred Read”. It is very useful in extended RAC as it allows each node to define a preferred failure group, allowing nodes to access local failure groups in preference to remote ones. This is done thanks to the “asm_preferred_read_failure_groups” parameter.

And then you could hit what I call the “unpreferred” read behavior.

Let me explain more in depth with an example:

Suppose that you have an extended 3 nodes RAC:

So that ASM3 prefers to read from SITEB and ASM1 from SITEA (which fully makes sense from the ASM point of view).

But what if  a database instance located into SITEB (racnode3) is using ASM1 located in SITEA ?

Which means NOPBDT3 located into SITEB will prefer to request read IO from SITEA which is of course very bad.

Let’s check this with my asmiostat utility and Kevin Closson’s SLOB2 kit:

And check the IO metrics with my asmiostat utility that way (I want to see Instance, Diskgroup and Failgroup):

As I am the only one to work on this Lab, you can see with no doubt that the IO metrics coming from the Instance NOPBDT3 are recorded into the ASM instance +ASM1 and clearly indicates that the read IOs have been done on SITEA.

You can temporary fix this that way (connected on the +ASM1 instance):

That way the NPPBDT3 database instance will use the +ASM3 instance and then will launch its read IO on SITEB .

But I had to bounce the NOPBDT3 database instance so that it launchs the read IO from SITEB (If not it was still using SITEA, well maybe a subject for another post)

Flex ASM is a great feature but you have to be careful if you want to use it in an extended Rac with preferred read in place.  If not you may hit the “unpreferred” read behavior. 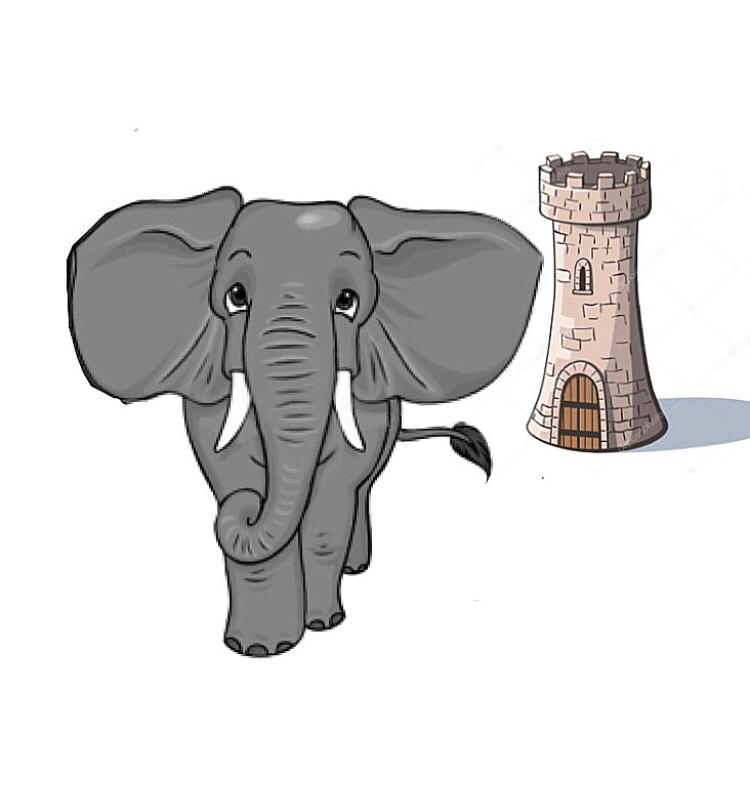 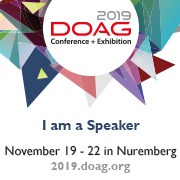 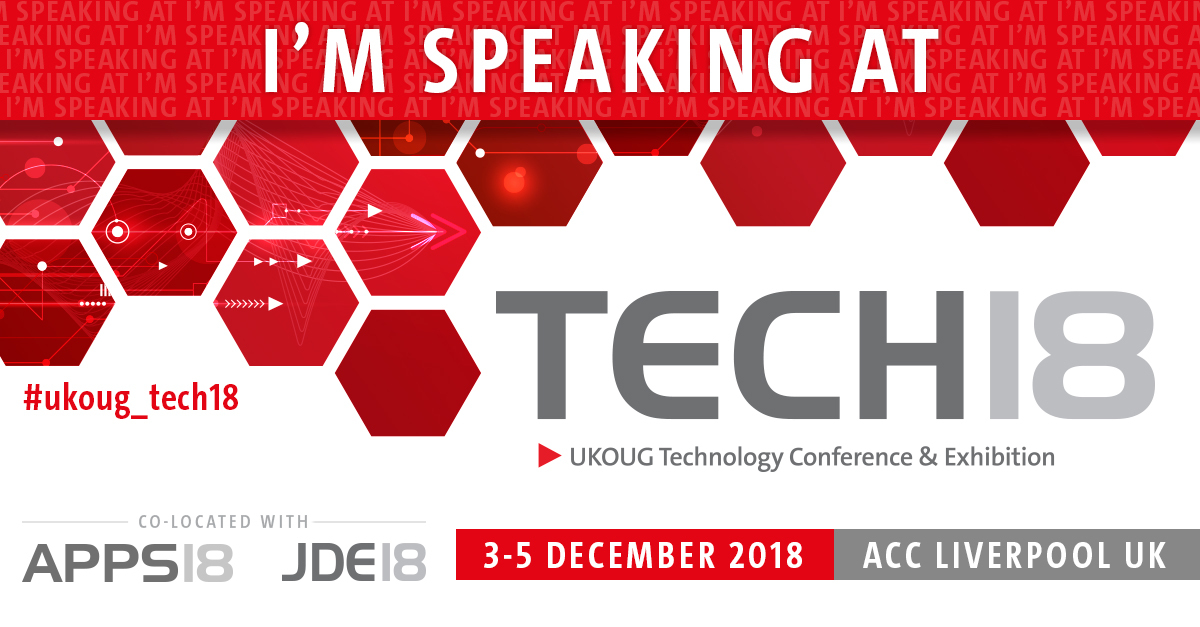